Warning: Use of undefined constant php - assumed 'php' (this will throw an Error in a future version of PHP) in /nfs/c12/h01/mnt/211828/domains/teemingmedia.com/html/wp-content/themes/teeming-media/page.php on line 21 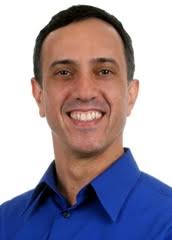 Dorian Benkoil has more than 20 years experience in the media business, more than a decade of that in digital media. He is co-founder and SVP at Teeming Media, a New York based strategic digital media business and editorial consultancy focused on helping content meet specific business objectives through digital and social media. He has helped clients increase audience and revenues by many multiples, drafted business plans that have helped secure millions in new revenues, and trained and directed staffs to create new content areas while bringing efficiencies and improving workflows.

As editorial director for mediabistro.com, he created new content areas and strategies that led to explosive growth in industry blogs, memberships, email newsletters, video and paid content while bringing new revenues and controlling costs. There and at ABCNews.com, Fairchild Publications, CNET.com and for multiple clients at Teeming Media he has led teams that created multiple new content and revenue streams across platforms, attracting and retaining millions of users. His editorial, social media, digital marketing, advertising and business plans and executions have brought in new audiences while creating new opportunities and revenues.

He devised and taught the graduate-level Digital Marketing course at the Zicklin School of Business, City University of New York, Baruch College, where he also teaches eBusiness and is creating a new course on eMedia Business and Technologies.

Dorian is also an award-winning journalist who has been a reporter, editor and foreign correspondent for ABC News, Newsweek, and The Associated Press and who is an expert commentator, speaker and trainer on media and a regular contributor to the Poynter Institute and PBS MediaShift. He blogs at MediaFlect.com, puts up quotes and points of interest on his Tumblr, links to items of interest on Delicious, and has written for for Bob Garfield’s The Chaos Scenario blog, Jack Myers Media Business Report, the Economist Intelligence Unit, PaidContent.org and been quoted in leading publications around the world. Dorian is an MBA honors graduate of Baruch College’s Zicklin School of Business, a former Fulbright Fellow in Japan (where he learned to speak Japanese) and a graduate of Stanford University.